Freegling and the wider picture for our world 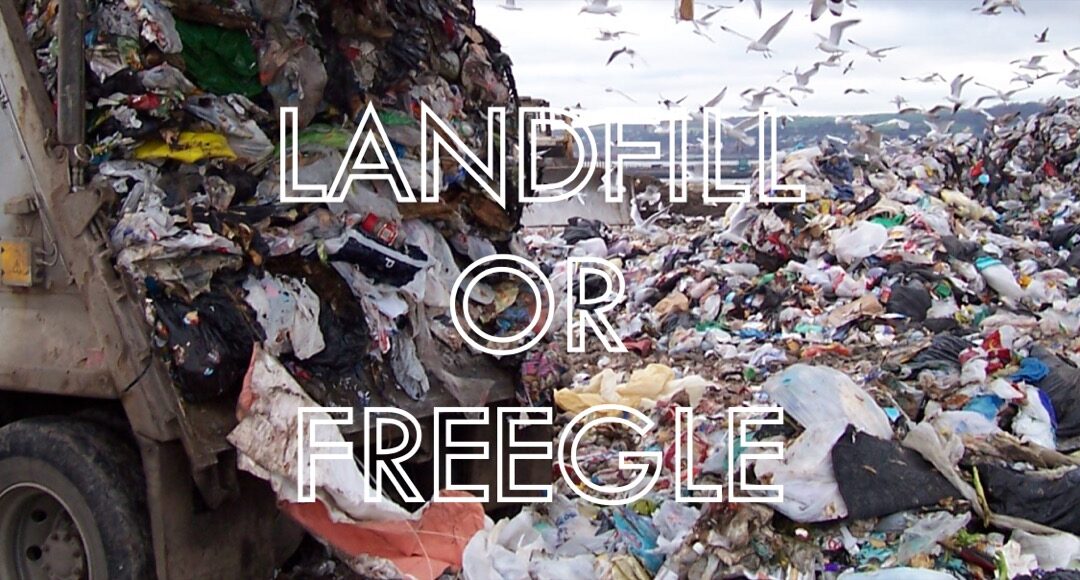 Every year, millions of tonnes of household waste makes it’s way to landfill. 40 % is now recycled, how can we better this and stop so much stuff heading to the tip, ruining God’s world?

Well, there is something you can do: Freecycle. On a website called Freegle, unwanted things from gardening furniture to fridge freezers, children’s equipment to building stuff like bricks and tiles that are all perfectly useable are advertised. If you sign up to Freegle online, you will get emails informing you of stuff that is all free in the area you live in. For us Lewes residents that is Seaford and Lewes Freegle, and nearby area.

You will see on the Freegle emails that it says ‘offer’ for items given and ‘wanted’ so that there is a facility to ask for something you need. An opportunity is presented to email the person via Freegle (so it keeps your email address private or contact them via the web.

I have myself used Freegle when I needed a new cat basket (the old being a rusting and shabby cage). I was browsing and happened to see it advertised in the Lewes area. The person had left a note to say all offers were being considered (so it wasn’t necessarily first come, first served). I contacted via email and hey presto! I was told no one else had come forward, and it was mine to collect.

Usually, the onus is on the enquirer to collect the item, so I took a short walk to collect it. Five years later, the cat basket is still working and my cat has had many trips (albeit not enjoyable ones!) in it.

A relative of mine is a Freegle moderator, which means she helps the group of people using the website and advises people on how to use the service. She also filters out unwanted emails.

She says of it ‘it’s good because it keeps things in circulation rather than going into landfill and incinerators. It saves on production costs because things are used for a longer period of time’. Of all the things she’s received from it she says: ‘The thing we’re most pleased with that we got is a fireplace surround. Which is brilliant and fits perfectly.’ ‘ We’ve given away more stuff than we’ve got! But that’s OK! 91 percent of things people offer get taken. 74 percent of things wanted that are posted (on Freegle) somebody makes an offer and they get what they’re looking for.

It has saved 3500kg or 3.5 metric tonnes of material going into landfill in just last month which is equivalent to a very full bin lorry!

Reuse group Freegle grew out of Freecycle as a more local organisation. Our local Freegle is run by 4 local Lewes volunteers. There are about 400 Freegle groups. Ours has been going since 2009 and we have 7700 members.

It’s really good at building communities. Someone that needs something but can’t afford it can have it, so it’s redistribution of wealth.’.

Biblically, Isaiah talks of rebuilding the ancient ruins and restoring the places ‘long devastated’. (Isaiah 61: 4). We can all do our bit to restore the planet. As Christians, we can be people of action, who pick up rubbish from the streets where we live or recycle our possessions. Something small can be wonderful in God’s eyes. In nature, nothing is wasted. Having seen two now rare Songthrushes, I noticed one had some leaf material in its beak, presumably to make a nest. Wouldn’t it be wonderful if we made use of the resources already used to build our homes. After all, the leaf had an original purpose of helping the plant to give off water and gas vapour, balancing the eco-system and giving shelter, but then was transformed and renewed into building material for a nest.

As Summer approaches and we experience the perfect Spring weather, let us be thankful for the resources that God has already given us.

This site uses Akismet to reduce spam. Learn how your comment data is processed.